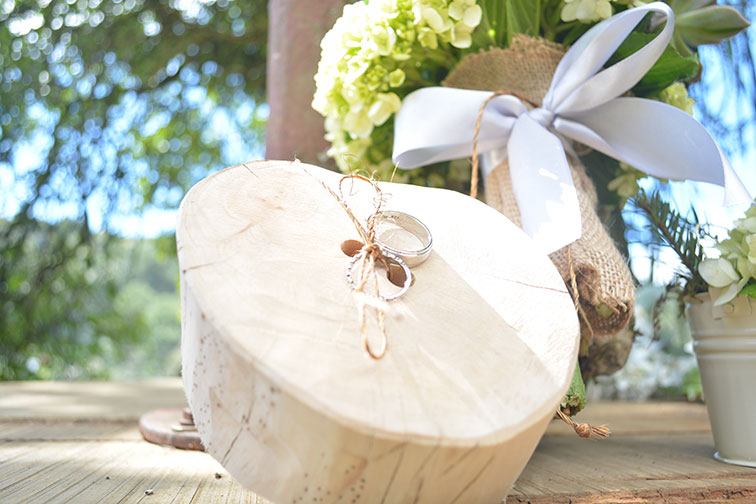 What’s the first word you think of when it comes to love? Chances are, it’s probably not cotton. It’s probably not leather, or aluminum, or pottery, either. Yet, for lovebirds around the world, these gifts are synonymous with one of the most romantic days of all: their wedding. So just how did the history of anniversary gifts come about?

Surprisingly, their origin is just as romantic as the days they’re meant to celebrate. Let’s take a look at how an age-old custom inspired millions around the world to celebrate their love with a cherished token. It all started with a silver wreath…

The History of Anniversary Gifts: An Ancient Tradition

Though there’s now a designated gift to buy your loved one for every anniversary from the first to the 100th, this wasn’t always the case.

The idea of commemorating a wedding date first began during the Holy Roman Empire. Husbands would gift their wives a silver wreath, known as a vicennalia, on their 25th anniversary. On their 50th anniversary, they would give their wives a gold wreath.

Medieval Germany had a similar tradition of exchanging silver and gold wreaths on these occasions. This tradition is still seen today, as the anniversary gift for 25 years is silver. The gift for 50 years? You guessed it: gold. Yet, the preferred gift to exchange has shifted more toward jewelry for these occasions.

Along the way, 98 more gifts were added as the history of anniversary gifts continued. Just how did this list grow so large? It had a little to do with time, and a lot to do with commercial expansion.

The List As We Know It: From Two to One Hundred

What began as a simple list to celebrate two of the most significant milestone anniversaries is now 100 gifts long. It begins with a paper anniversary gift for the 1st year and ends with a 10-carat diamond for the 100th.

Quite a succession! So how did this change come about, and who was the driving force behind it?

In the beginning, expansion started slowly. There are references to the gift of wood being added around 1875 to mark a couple’s fifth anniversary.

While the list’s progression during this timeframe isn’t completely recorded, there is one important date to remember.

In 1937, the American National Retail Jeweler Association took charge of the list. At the time, the only known anniversaries with associated material gifts were the 1st, 5th, 10th, 15th, 20th, 25th, 50th, and 75th.

The Association worked to expand the list. They chose a gift for each married year up to the 25th, then worked in increments of five years until they reached the 75th.

Over the years, beginning in the mid-to-late 1930s, the history of anniversary gifts continued. Multiple commercial companies became involved in the mix, and ultimately, gifts were selected to fill in all the missing years.

Whether you’re newlyweds just starting out or seasoned pros celebrating your 50th anniversary or even higher, the art of gift giving still applies.

Take a few cues from the history of anniversary gifts: Gifts given in the name of love don’t have to be elaborate. From a fruit basket for your 4th anniversary to a willow branch for your 9th, all that matters is that they’re given in love.

Looking to jump-start your gift-giving routine? We’d love to help. Contact us today or leave a comment below, then check out our Gift Ideas Blog to get the love train going!